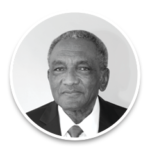 Major General Alfred K. Flowers is an author and senior strategic advisor for a San Antonio minority-owned business.  He is the former Deputy Assistant Secretary of the Air Force for Budget where he was responsible for $170 billion dollars of Air Force funds.

Following high school graduation, he enlisted in the United States Air Force at the age of seventeen. After completing basic military training at Lackland Air Force Base (AFB) in San Antonio, Texas, he was assigned as a supply warehouseman at Grand Forks AFB in North Dakota, followed by a year at Da Nang AB, Vietnam (as well as five other assignments prior to 1975).  He received his A.A. degree from Thomas Edison University, B.S. Degree from Southern Illinois University, and Master’s Degrees from Ball State and The National Defense University. In 1978 after thirteen years of enlisted service, he attended Officer Training School where he was a distinguished graduate and commissioned a Second Lieutenant.  He served as a budget officer at several Air Force bases; Chief of Budget at Headquarters Air Combat Command; Director of Budget Programs at HQ USAF; and Chief Financial Officer, HQ Air Education, and Training Command at The United States Special Operations Command, J-8.  He Commanded the Holms Center at Maxwell AFB, Alabama, and The Second Air Force at Keesler AFB, Mississippi.  In 2009, he was appointed as The Deputy Assistant Secretary of budget in the Office of the Assistant Secretary of the Air Force.  On 1 January 2012, after forty-six years and five months of service, he retired from the United States Air Force, making him the longest-serving airman in Air Force history, the longest serving African American in defense history, and the longest serving continuous active duty member in the history of The United States Department of Defense.

His military recognitions include two Distinguished Service Medals, the Defense Superior Service Medal, Legion of Merit with oak leaf cluster, and the Defense Meritorious Service Medal (plus seventeen other decorations).  He previously served on the board of directors for the Army and Air Force Exchange Service, the Air Force Aid Society, and the Air Force Services Agency, and is currently serving on six boards as Vice Chairman and director.  Major General (R) Flowers was inducted into the Air Education and Training Command “Order of The Sword” on April 6, 2012, making him the 224th Air Force inductee since 1967. He was also inducted into “The Order of The Long Leaf Pine” by the Governor of North Carolina in August 2016. Additionally, he was recognized by the Air Force Association with a Lifetime Achievement Award September 2018. He is married to Ida M. Flowers and they have one son, Colonel Alfred K. Flowers, Jr. 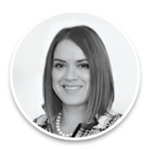 Berenice Villarreal currently serves as Vice Chairman and has been part of the Endeavors board for eight years. Berenice Villarreal holds the role of Senior Vice president and Chief Risk Officer at Randolph Brooks Federal Credit.  Berenice joined RBFCU in 2006 as the Assistant Vice President of Internal Audit and has held leadership roles in the Business Services and Payments department. Most recently, she served as Senior Vice president of Consumer Lending.  Prior to joining RBFCU, Berenice worked in the audit arena at two San Antonio CPA firms. Berenice graduated from the University of Texas in San Antonio, earning a Bachelor’s in Business Administration with concentrations in both Accounting and Finance.  She holds her certification in public accountancy in Texas as well as Credit Union designations in Enterprise Risk Management (CUERME) and Compliance (NCCO). 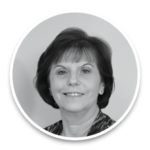 Shirley A. Schultz is and has been a Board Member for 9 years with Endeavors. She is the Director of Human Resources for Health by Design. Her professional career includes thirty years in Operations and Human Resources in the Accounting and Healthcare industries.

She received her BA from Our Lady of the Lake University and holds certifications as a senior human resource professional and maintains memberships in the local, state and national chapters of SHRM.  She has served on various committees for SHRM and currently is the Co-Logistics Chair for the local chapter’s annual symposium.

Shirley is a native of San Antonio and is married to Gordon. They have two grown children and one grandson. Shirley loves to read, travel, and work out. She is a big SPURS fan! 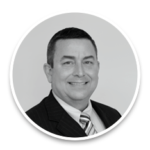 Andy is the CFO for Health by Design, which is a medical practice that provides onsite and near site medical clinics to large corporate clients. They also provide executive physicals, wellness programs, and concierge medical services for those clients and individuals. Andy has 27 years of finance and accounting experience. Prior to joining Health by Design, he was the SVP CFO Firstmark Credit Union. Andy has a BBA in Accounting from Abilene Christian University and is a Certified Public Accountant (CPA).

Andy is married to Elizabeth and has a son Alex, who is a student Texas A&M College Station. 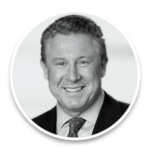 Nick has spent almost 40 years in Insurance sales and executive management. For the last 4 years, he has owned his own agency specializing in the mortgage servicing area. Nick is semi-retired and has been married to his wife Kelli for 30 years. They have three grown children. 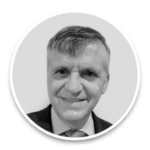 Doris Beaulieu is Vice-President of Business Development at Valero Corporation Inc. He graduated from Laval University in Quebec City, Canada, and joined the company 35 years ago. He moved to the U.S. In 1996 with his wife of 40 years and two daughters. Doris occupied various functions within the company, and he is now developing the logistics in Mexico. He has joined the Board of Directors of Family Endeavors in 2015 and raised close to $100,00 in 2016 byompeting at the Dancing With The Stars annual fundraising event.

Will has been an active Fairweather Lodge member since May of 1994. He is the President and Medication Monitor of Progressive Lodge and has also taken the lead in managing the lodge bank account and assisting his fellow lodge members with day to day living skills.

After a few months of entering the program, Will began working for Fairweather Professional Services, now known as Endeavors Unlimited in their janitorial and landscaping crew. He resigned several years ago. He volunteers with the San Antonio Club House in his spare time. Throughout his 24 years with the Fairweather Lodge Program, he has received numerous awards including Employee of the Month, Employee of the Year, Client of the Quarter, and Client of the Year.