Arts in the Armed Forces (AITAF) is pleased to announce their upcoming performance of TRUE WEST on June 29, 2019 at the Charline McCombs Empire Theatre in San Antonio, TX. The Steven A. Cohen Military Family Clinic at Endeavors San Antonio is excited to partner with AITAF and play host for the event.

Arts in the Armed Forces, a non-profit founded by Academy Award-nominated actor and Marine, Adam Driver, presents a one-night-only reading of Sam Shepard’s TRUE WEST for San Antonio’s active duty military and Veteran community. AITAF readings feature recognizable, professional actors (to be announced) and include an audience Q&A with the cast will immediately following the performance at 7pm. AITAF continues to bring high-quality arts programming to a military audience since its inception in 2008.

“Arts in the Armed Forces is honored to be presenting in San Antonio, and looks forward to reaching the impressive community that comprises Military City USA. AITAF believes in the profound power of a shared artistic experience — that it can incite important dialogue, inspire hope, and bridge the divide between two disparate communities. We are deeply grateful to the Steven A. Cohen Military Family Clinic at Endeavors for hosting us and helping to further our mission of providing excellent artistic programming to active duty military and veterans around the world,” Lindsay Miserandino, Executive Director of AITAF.

The Steven A. Cohen Military Family Clinic at Endeavors in San Antonio is thrilled to partner with Arts in the Armed Forces. “Endeavors is celebrating 50 years of service to Veterans, military, and their families this year and our San Antonio clinic has served over 5,000 clients and community members since opening in 2016. We are passionate about partnering with AITAF because we understand the impact they can provide our military and Veteran members and families,” Jill Palmer, Senior Director of Clinic Operations at Endeavors.

Online tickets: bit.ly/AITAFSA
Tickets available on a first-come, first-serve basis.
Free and open to all Veteran, active military and their families, military support staff, and caregivers. Military ticket holders may bring one guest.

About Arts in the Armed Forces
Arts in the Armed Forces was founded by actor and Marine Adam Driver in 2008, and its mission is to provide high-quality arts programming for active duty service members, veterans, military support staff and their families free of charge. Its core program consists of contemporary American plays and monologues presented by professional actors and actresses to military installations all over the world. While on base, AITAF team members also take time to train in the specialty of the installation so there is a true exchange between the artists and service members. Past participants have included Rachel Brosnahan, Laurence Fishburne, Keegan-Michael Key, Laura Linney, Mark Ruffalo, Michael Shannon, and Christian Slater, just to name a few. In 2019, arts programming expands beyond live play readings to include film screenings,
live music, and an annual playwriting award for military and veteran writers called The Bridge Award.

Importantly, after each of AITAF’s performances, the creative team interacts with the audience through a question and answer session as well as a more informal mingling period. The goal is not simply to provide an enjoyable evening, but to use the powerfully emotional shared artistic experience to open up conversations capable of bridging the divides between military and civilian, service member and family member, the world of the arts and the world of practical action. Learn more at: www.aitaf.org.

WE PROVIDE THE FOLLOWING

Want to Get Involved? 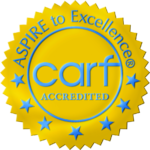 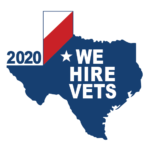